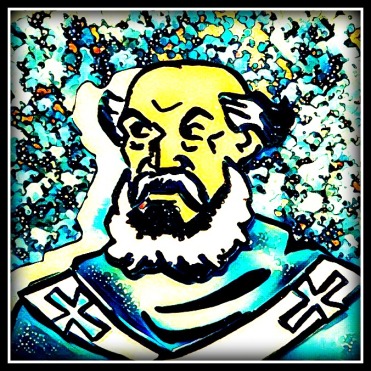 Pope Gregory IV was remembered as the peacemaker Pope. Well,he tried to be the peacemaker Pope but none of his efforts amounted to much more than irritating virtually everyone. Holy Roman emperor Louis gave one of his sons some land which made his other sons indignant. One thing led to another and before you know it Europe was plunged into a very bloody family squabble. Pope Gregory IV traveled over the Alps to try anything he could to stop this war,but every time he visited one camp,it would infuriate the others(including his very own Bishops)who thought the Pope was taking sides. All of his efforts amounted to nothing and he returned to Rome while the warring parties themselves divided up Europe without his help. Gregory IV was known for his intelligence,fairness and for declaring All Saint’s Day(and by extension Halloween)an official celebration throughout all of Christendom where before it may have been only celebrated locally.